Adult psychiatry deals with mental disorders in a person’s thinking, behavioral changes, constant mood swings and the diagnosis, assessment and treatment of the same, in people aged above 18 years. It usually affects their personal, social and professional relationships forcing them to start using maladaptive coping strategies. The level of symptoms can vary from individual to individual. All these forms of illnesses/disorders come under an umbrella term of Adult Psychiatry and are treated based on the symptoms one experiences.

These include, but are not limited to: 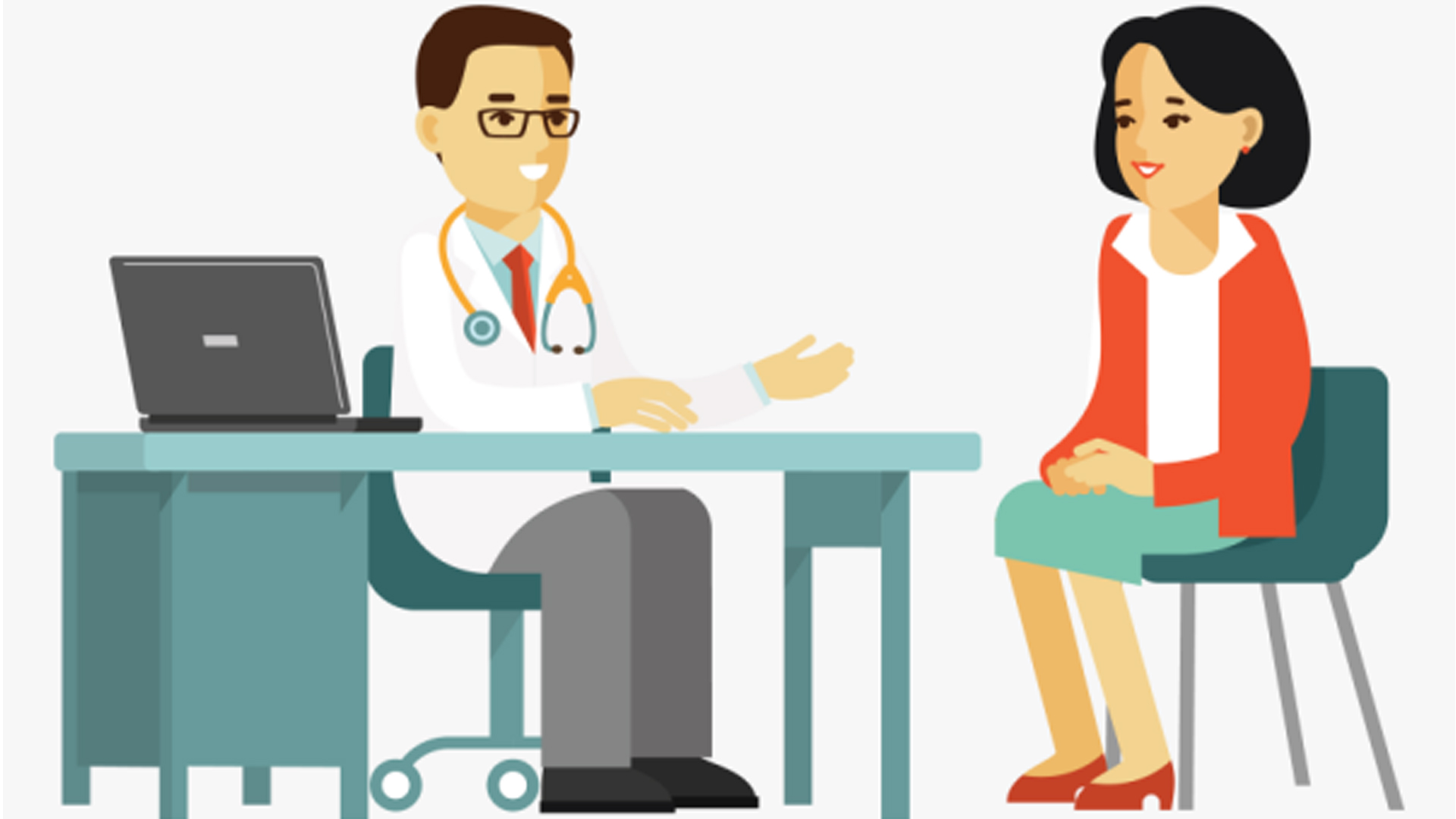 We are equipped with the necessary knowledge and skills to conduct therapy sessions, treatment approaches and also recommend medications if needed to help individuals manage their conditions.

These include, but are not limited to: 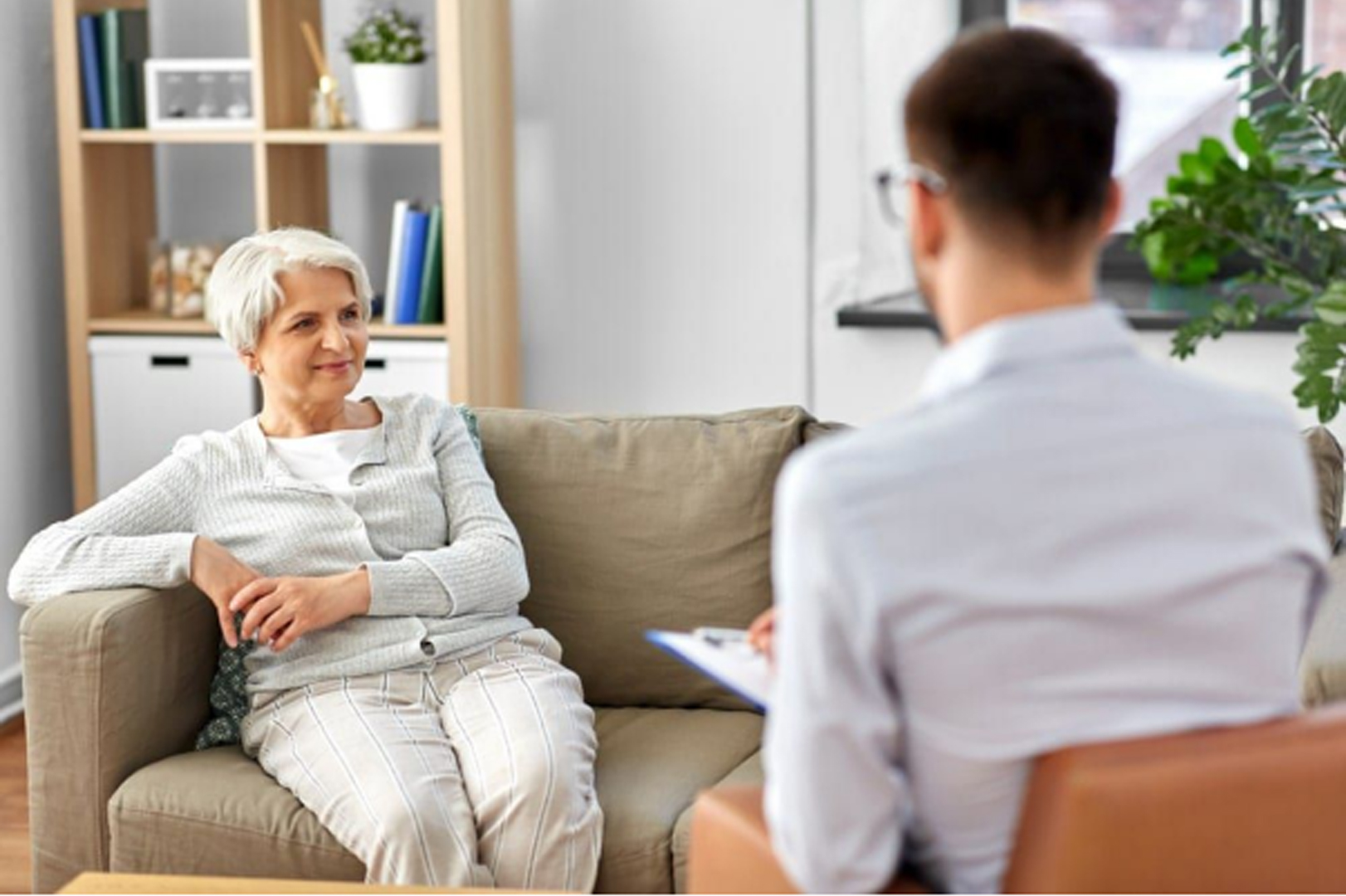 No one, regardless of age, should have to deal with mental health issues on their own. If you or your loved one is experiencing memory loss, hallucinations, loss of interest in activities, confusion, decreased social interactions, sleep disturbances, or any other mood, mental, or psychological symptoms, then it’s important to seek professional care.

Mood and behavioral changes have been observed to be closely associated with monthly periods (menstrual cycle). The symptoms such as irritability, restlessness, anxiety, tension, migraine, sleep disturbances, sadness, dysphoria, and the lack of concentration occur more frequently during the premenstrual and menstrual phase.

Finally, menopause is a time of change for women not only in their endocrine and reproductive systems, but also their social and psychological circumstances. As you approach menopause, certain levels of hormones in your body begin to change. This initial transition to menopause when you still get a period is called perimenopause. During perimenopause, some women begin to feel symptoms such as intense heat and sweating (“hot flashes”), trouble sleeping, and changing moods. As you get closer to menopause, you may notice other symptoms, such as pain during sex, urinary problems, and irregular periods.
These changes can be stressful on you and your relationships and cause you to feel more extreme emotions. Women with mental health conditions may experience more symptoms of menopause or go through perimenopause differently than women who do not have mental health conditions.

Substance use disorder (SUD) is a complex condition in which there is uncontrolled use of a substance despite harmful consequences. People with SUD have an intense focus on using a certain substance(s) such as alcohol, tobacco, or illicit drugs, to the point where the person's ability to function in day-to-day life becomes impaired. People keep using the substance even when they know it is causing or will cause problems. People with a substance use disorder may have distorted thinking and behaviors. Changes in the brain's structure and function are what cause people to have intense cravings, changes in personality, abnormal movements, and other behaviors. Brain imaging studies show changes in the areas of the brain that relate to judgment, decision making, learning, memory, and behavioral control. The psychiatrist specializes in the diagnosis and treatment of substance abuse and the mental health conditions that accompany it. They treat people of all ages who have addictions to illegal drugs, alcohol, and prescription medications complicated by coexisting mental health disorders, such as depression, bipolar disorder, or schizophrenia. 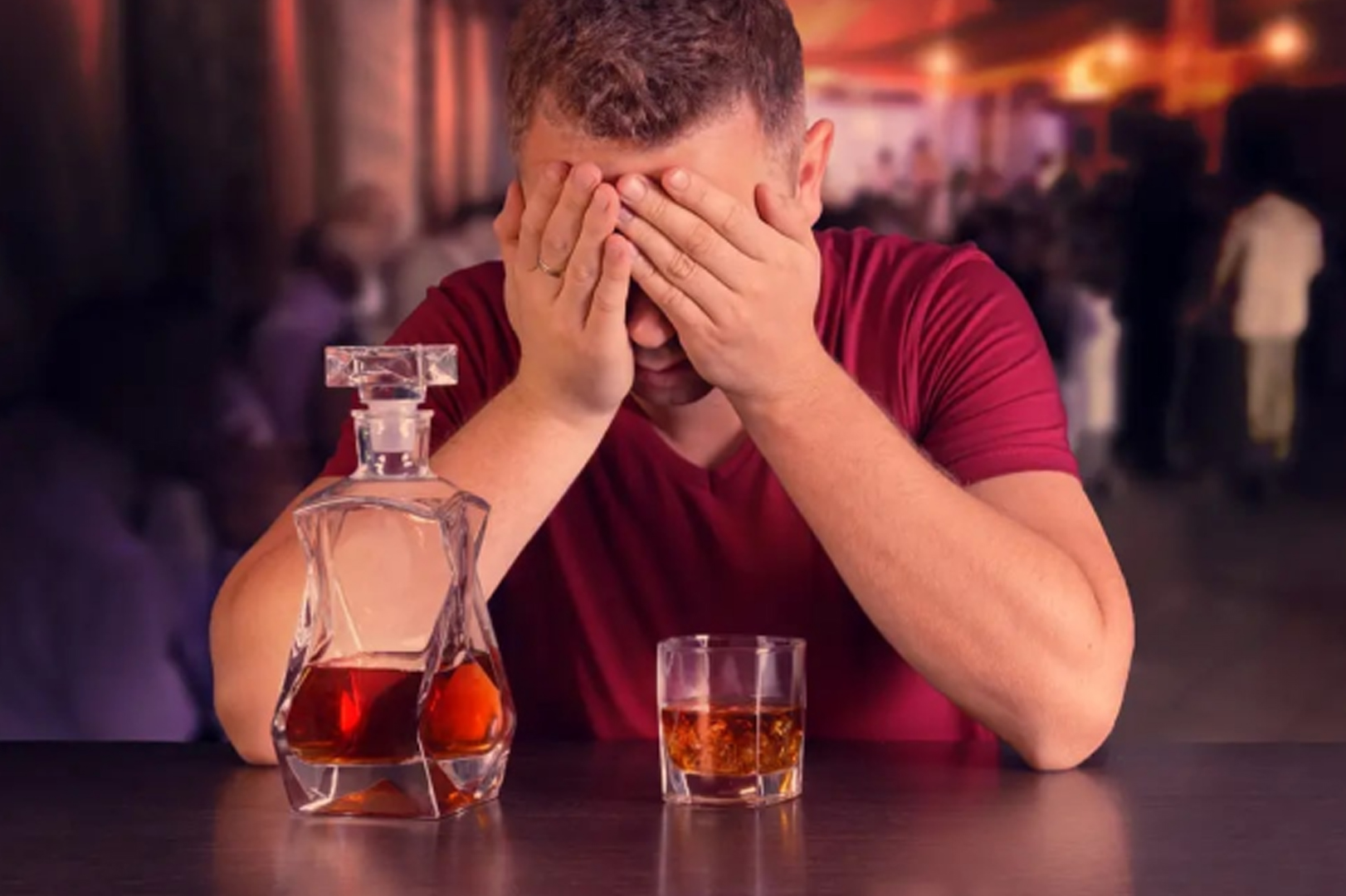 Psychotherapy is a treatment that involves a talking relationship between a therapist and patient. It can be used to treat a broad variety of mental disorders and emotional difficulties. The goal of psychotherapy is to eliminate or control disabling or troubling symptoms so the patient can function better. Depending on the extent of the problem, treatment may take just a few sessions over a week or two or may take many sessions over a period of years. Psychotherapy can be done individually, as a couple, with a family, or in a group. There are many forms of psychotherapy. There are psychotherapies that help patients change behaviors or thought patterns, psychotherapies that help patients explore the effect of past relationships and experiences on present behaviors, and psychotherapies that are tailored to help solve other problems in specific ways. Cognitive behavior therapy is a goal-oriented therapy focusing on problem solving. Psychoanalysis is an intensive form of individual psychotherapy which requires frequent sessions over several years. These are the preferred mode of treatment when medications have a minimal role in alleviating the symptoms.

Mental health problems can affect many areas of students’ lives, reducing their quality of life, academic achievement, physical health, and satisfaction with the college experience, and negatively impacting relationships with friends and family members. These issues can also have long-term consequences for students, affecting their future employment, earning potential, and overall health.  Symptoms include decreased energy level, concentration, dependability, mental ability, and optimism, thereby hindering performance. Research suggests that depression is associated with lower grades, and can co-occur with anxiety. Depression has also been linked to dropping out of school.

If you or someone you know are going through any of the above mentioned signs, they might require professional help. We are equipped with the necessary knowledge and skills to conduct therapy sessions, treatment approaches and also recommend medications if needed to help individuals in bettering their mental health.

Most marriages and other relationships aren't perfect. Each person brings his or her own ideas, values, opinions and personal history into a relationship, and they don't always match their partner's. Those differences don't necessarily mean your relationship is bound for conflict. They can help people understand, respect and accept opposing views and cultures. But sometimes, distress in a relationship can create unnecessary stress, tension, sadness, worry, fear and other problems. You may hope your relationship problems disappear on their own. But left to fester, a bad relationship may only worsen and eventually lead to physical or psychological problems, such as depression. It can also create problems on the job and affect other family members. Marriage counseling, also called couples therapy, helps couples — understand and resolve conflicts and improve their relationship. Marriage counseling gives couples the tools to communicate better, negotiate differences, problem solve and even argue in a healthier way. Marriage counseling is often short term. You may need only a few sessions to help you get over a crisis. Or you may need marriage counseling for several months, particularly if your relationship has greatly deteriorated. As with individual psychotherapy, you typically see the therapist once a week. 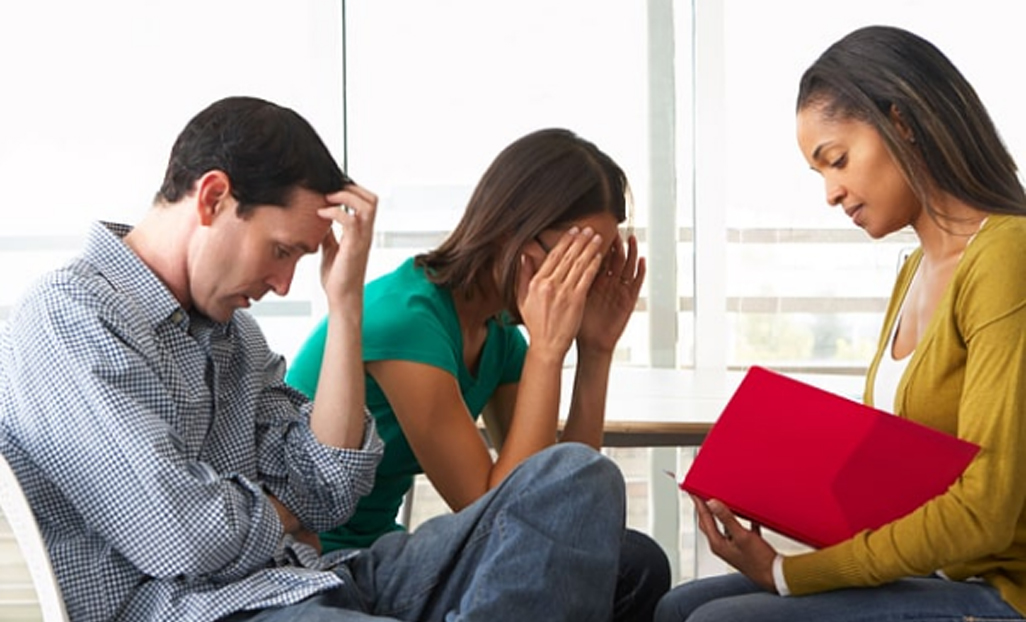 Work is good for mental health but a negative working environment can lead to physical and mental health problems. The average adult spends about a third of his or her life at work. Many people have careers that satisfy them or engage their interests. On the other hand, 71% of adults reported at least one symptom of stress, like a headache or feelings of anxiety, either at work or due to work stress. Even for someone pursuing a career they love, job stress — along with other stressors — can make mental health worse which can impact their ability to pursue a career or position they want. Most risks relate to interactions between type of work, the organizational and managerial environment, the skills and competencies of employees, lack of team cohesion or social support, jobs having a higher personal risk, unsuitable tasks for the person’s competencies or a high and unrelenting workload, Bullying and psychological harassment etc., These lead to reduced productivity and increased staff turnover. They can also have a negative impact on family and social interactions.

Poor mental health and stress can negatively affect employee: Some key signs to look for are: 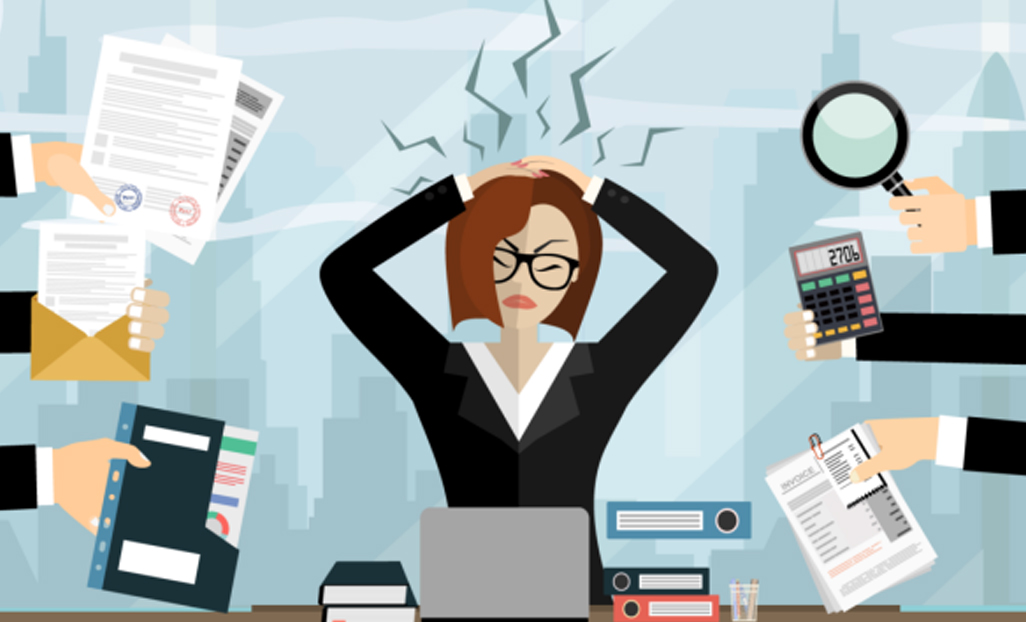 If you or someone you know are going through any of the above mentioned signs, they might require professional help. We are equipped with the necessary knowledge and skills to conduct therapy sessions, treatment approaches and also recommend medications if needed to help individuals manage their work related psychological issues.